Taking Donations to Buy a Bubble 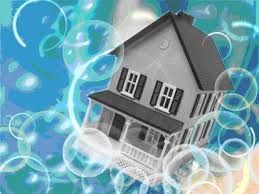 I woke up Saturday morning wanting to die.  I had some of the worst cramps ever and it only took a couple of hours before everything I had ever eaten in my entire life decided to come back up.  I spent all of Saturday in bed.  Kevin had taken the kids to his parents’ cabin and I had so many things I was going to accomplish.  Instead I waited for the heavens to part and a flock of angels sing me to my rest.

Instead, Kevin came home and I woke up Saturday night again incredibly sick.  Kevin had a bunch of stuff to get done so he suggested he give me a sleeping pill, I sleep until noon and then he would work.  I’m not sure what he gave me, but I woke up fifteen hours later.  Give or take.  I thought I felt ok.  I even ate some trail mix and an apple.  I guess I shouldn’t have, though because I woke up again Sunday night waiting for angels to come because I was pretty sure it was all over.
Today, I got the kids to school and then Seth and I lay around.  I got this blasted thing from him.  He has had an upset stomach for a few days and he has a head cold.  I laced his chocolate milk with Tylenol and he is now out cold half in bed and half on the floor with his shirt off and some granola in his hand.  I need to take the car in and get the flat tire fixed and I need to edit a friend’s book and get prepared for my conference, but I don’t wanna.  I don’t want to sit up right for too long a period.
I may have brought this on myself.  I had wished for some sort of a tapeworm so I could lose weight without doing anything, but in my mind, I just got thinner, I didn’t vomit or spend copious amounts of time in the bathroom.  I also wanted Kevin to appreciate all I do for him, but more while he was missing me while I was at a tropical destination.  I guess if I leave the shower on long enough, the bathroom becomes a humid location, but definitely not tropical.
I just want to know how old you are when your body changes and little sicknesses you had as a kid turn into full blown tsunami’s as adults.  Chicken pox as a kid is mildly irritating but can kill you as an adult.  Stomach flu as a kid means you get as much Sprite as you can drink and you get to watch all your favorite cartoons.  The next day it was though nothing happened.  As an adult, my body aches from working in reverse for 48 hours and making food for my kids makes me want to flee.  I hadn’t been in that much pain in years.  So when does this transformation occur?  I hadn’t had the stomach flu since I was eight so I have no point of reference.  All I know is that if any of my kids get the stomach flu again, they are on their own.  I am not going anywhere near them.  I am not experiencing this weekend ever again.  I think I need to purchase a HAZMAT suit.  It seems that whenever I get what the kids have, it is three times as bad as what they have.  I think my only solution is to never have direct contact with kids under the age of twelve again.  I am going to buy HAZMAT suits in every color and style and just wear those.  I’m surprised no one has thought of this before me.  As soon as I make enough money from this HAZMAT suit fashion trend, I think I will buy a bubble.

4 responses to “Taking Donations to Buy a Bubble”