Just a Spoonful of Cough Medicine 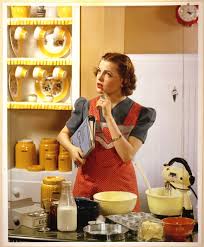 I would like to tell you a story of a wonderful, innocent little housewife who lives in a quaint little valley town.  She has three darling children who, unfortunately, became sick all at once.  She believes they got it from her heroic husband who works tirelessly with other people’s sick and diseased children’s mouths.  Although she has asked her heroic husband to wear a bubble to work, he has politely refused telling her that he would not be able to fill cavities if he were in a bubble. After he leaves for work, our housewife diligently tries very hard to sanitize everything he has touched during the last twelve hours.  She, however hard she tries, cannot do it perfectly and her children got a nasty, nasty cold.  Although once her children become sick, our housewife tries to stay away from them and will not let them touch her, she got sick.  (Insert sympathetic sigh)

Our adorable housewife decided to take her youngest to the pediatrician to see if there was more to this illness because it was hanging on and on.  The pediatrician said that it was a two-week thing, to buy some Delsym CHIDLREN’S cough medicine, give it to them at night, and good luck.  The magnificent housewife did this and even used disposable spoons to give the medication so there was no cross contamination.  She was very careful.
Now let us think about our poor, under appreciated housewife.  She had a sick husband, and three sick kids while she herself was sick as well.  Everyone knows that housewives cannot be sick; especially housewives who are wonderful, innocent, adorable, and under appreciated.  Her heroic husband laughs at our sad housewife when she takes children medicine, thinking it will help her as well.  She is overworked and underpaid and sometimes she is unable to get to the pharmacy to get adult medications, but as any noble housewife does, she has five different kinds of children’s medications just in case.  So if she feels sick and does not have adult medication, sometimes she may take a swallow or two of children’s medication without being as diligent with measuring as she is with the kids.  Her heroic husband tells her they can’t help her so it shouldn’t be a problem.  Our housewife figures something is better than nothing.
Well, Sunday night at about 2 am, our poor, sleep deprived housewife was coughing and though she would take a swig of her children’s cough medicine.  She kept coughing so she took one more swig.  She went to bed and didn’t cough anymore.  Her heroic husband got up about 5:30 am and woke up our little housewife.  She decided to go the bathroom.  She got up and the room started spinning.  She walked to the toilet and sat down and the room was still spinning.  She got back to bed and her heroic husband asked what was wrong.
“The roomzzzzz  schpinning.”
Her husband asked if she was slurring her words and she wasn’t sure if she answered him or not.  Her heroic husband started to laugh and got the cough medicine.  He looked it up on the Internet and found out that people use this brand to get high.
So our poor, naïve, sleep deprived over worked housewife was high.  Very very high.  Because she took two swigs from her CHILDREN’S cough medicine.  She spent the day lying around, although a friend did help her get to the eye doctor.  Her husband told her to not talk much at the appointment because the misunderstood housewife was laughing at her own jokes which her heroic husband told her were not very funny.  He reminded her that drunk people don’t think people know they are drunk.  So she tried to be very quiet, but she did try to take a nap during the appointment, which may have confused the technician.  Her eyes have not caused her migraines, though.
She hung out with her three year old all day.  She gave him a hug to tell him how much she loved him and thought how comfortable she was and started to fall asleep holding her three year old until he started to yell that he couldn’t see Elmo through her head.  Our innocent housewife went back to her room.  So she spent the day lying there.  When she got up, she could walk although she may have had to hold on to furniture as she did.  She made it through the day, though and made it to sleep.
Today she woke up much more put together.  She is a little light headed but able to function.  The laundry will be done.  Food may be cooked; it will at least be ordered and delivered.
Our sad, tired housewife hasn’t coughed since Sunday night, however.  (And this has been written while still light headed and any mistakes are the fault of cough medicine and not of the author)

This entry was posted in Uncategorized and tagged children, cough medicine, drunk. Bookmark the permalink.