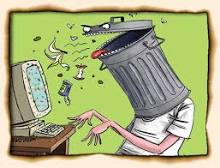 So I am trying to get my name out there more than it is.  I am social networking and commenting and figuring out how the Internet works.  I am realizing that while I do this, I may actually have to think about what I write.  I mean, the Queen of England is on Facebook according to Entertainment Weekly. What if she reads what I write? I can’t actually find her, though.  When you put in her name – Elizabeth Alexandra Mary – all sorts of pages come up for her.  I want to friend her, though, because I want to get an invite to the wedding next year.  So far, it does not look like it is going to happen.
Any who – I have to actually concentrate on what I write now.  For instance, I just wrote the entry on sewing.  I think that if I write entries on domestic issues, people will think I am domestic.  The whole point of the Internet is to let you create a reality that is only on your computer.  I am domestic, tall, no body fat, and my hair is long and flowing and I don’t have to do a thing to it and it looks amazing. I love the Internet.
What was I saying?  Ah, yes.  So I now realize I should think about what I write.  Here is the rub:  I slept from 3am to 7am last night.  I have been doing that a lot these last two weeks due to the fact that I live in such domestic bliss with perfect children who shower regularly and go to bed when asked that I lie awake at night thinking of its wonderfulness – once again, I love my Internet reality.  Surprisingly enough, when you have had the amount of sleep required for a normal female for one night splattered among three, not only should you probably not operate large machinery in a snow storm, you should probably not write.  At least not if you are thinking of posting it on the World Wide Web.  It may hurt your Internet personality.  People may think my hair is not flowing.
So I have come up with a plan.  I just gave my three year old his brother’s DS; I put a two hour video on repeat play; and I am drinking drug laced hot chocolate (it is a special Swiss Miss flavor only found in Canada.).  I have one hour and ten minutes before I am in charge of picking up the kids in said snowstorm.  I can nap for the one hour and I will take the ten minutes and get a Diet Coke on the way to the school.  After all I am a responsible adult.  (Ooh, just added new characteristic to online persona.)  And then I will write an entry that I will post and it will be coherent and everyone will love it and it will make me one million dollars.  Or maybe I should stop buying my Swiss Miss in Canada.

This entry was posted in Uncategorized and tagged writing. Bookmark the permalink.

3 responses to “Improving my Internet Personality”