I discovered Poldark.  It’s a BBC One show.  Then it was a PBS Masterpiece Theater show.  Now it’s an Amazon Prime show.  When it played, I didn’t know about it.  It showed a year ago.  What can I say?  I’m a slow learner.

I CANNOT wait for season 2.

So I googled when the next season would be broadcast.

I found out Aidan Turner, who plays Poldark, is the sexiest man in the WORLD according Glamour mag.  There was a picture of him, shirtless, with a scythe that was all over newspapers and magazines and the Internet.  And he won the Impact Award which means the show had the biggest impact on British Television.

I found his acceptance speech.

I also found out that Aidan Turner starred in And Then There was None.

I found out Aidan Turner is 32 and from Ireland.  Eleanor Tomlinson is 23 and the man who played the judge originally played Poldark in the 60’s.

I found out they film the show in Cornwall and I found out it is based on a series of books by Winston Graham.  The books are very popular across the pond as well.

I ordered the first one.

I also watched an interview with the actors and found out that it’s very uncomfortable to ride with two people on the same horse. 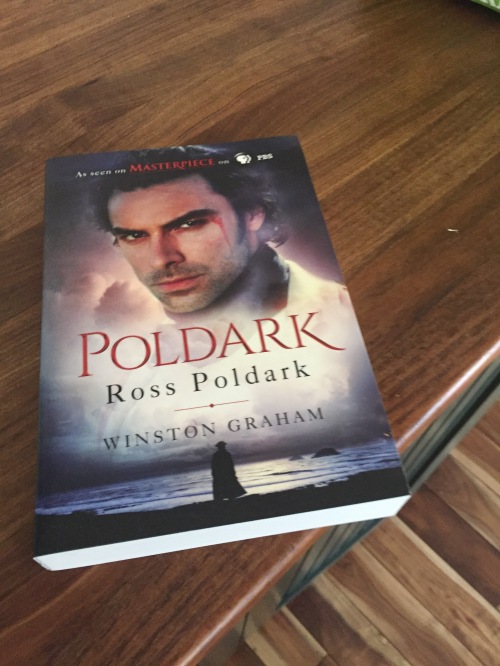 I did all of that.

I still have no idea when season 2 will air.