Shopping with my Daughter

I just went to Target with my 10 year old. Everyone should experience the joy of shopping with her. So with her permission, I share our recent experience.

Every other year or so she gets Valentine’s and St. Patrick Day shirts. We went over to that section and I showed her this: 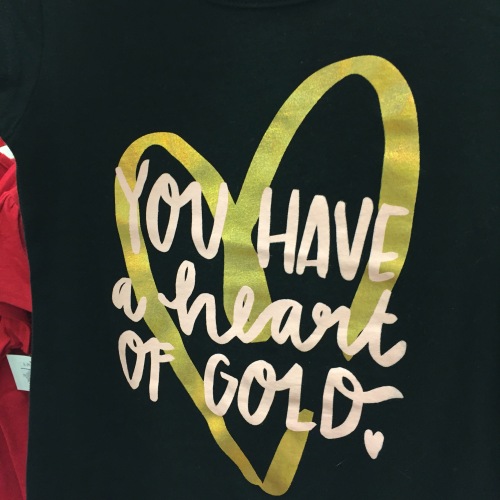 Then we saw this: 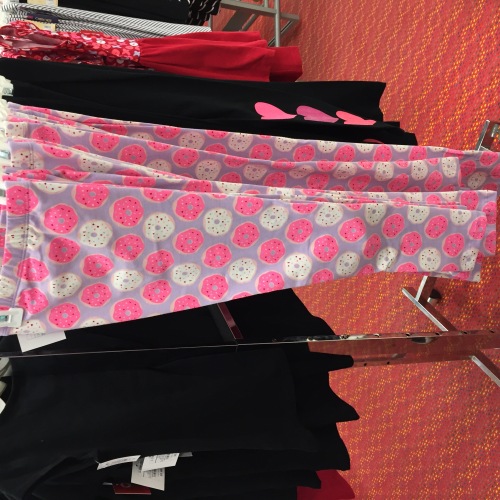 “Donut pants?  That’s something YOU would wear.”

And there you have it.

I have no idea why the second picture is sideways.

(And I probably would wear them if the situation was right.)

I received a creative craft and food notification email from Pinterest for St. Patrick’s Day.  I don’t know if that’s the official name of those emails, but it should be.  It was an email with a billion different things I could do to make St. Patrick’s Day more meaningful for my family.  I counted.

I guess a Shamrock shake from McDonald’s to ease down the Shamrock shaped pizza from Papa Murphy’s just doesn’t cut it anymore.

Instead, I should be making a shamrock stamp out of a potato to spark a conversation on the Potato Famine of 1845.  (I was actually planning on doing this but I as waiting until we celebrate St. Patrick’s Day IN IRELAND.)

I should also be making shamrock shaped petite fours.  And green cupcakes baked in clear beer steins with frosting that looks like foam.  In other words, I should make drinking look really fun to my grade school aged kids.  (This was also something I was saving for our trip to Ireland.)  (We don’t have one planned, actually.  But I’m collecting all these fun activities, in case we do ever go.)

I also need to start gathering material scraps so I can hand sew a cloth banner that says “Kiss Me.”  The rest of the year I tell my kids not to talk to strangers.  On this special day, I’m supposed to promote strangers kissing my kids.  Actually, I’m supposed to promote my kids advertising that they’ll let a stranger kiss them with handmade boutonnieres.  And I’ve noticed none of the examples on Pinterest say “But only on the cheek.  It’s still flu season.  And you’re a stranger.”

I guess there’s nothing wrong with spending the next two weeks sewing and cooking and buying all green dishes to celebrate this lovely holiday.  Well.  Except maybe the fact we’re not actually Irish.

We’re Scottish.  And British.  My family line has been researched pretty well.  The red hair comes from Scotland.  I’m sorry.  It’s just the way it is.

(I do tell people I’m Irish on St. Patty’s Day.  It takes too long to argue that you can have red hair and be from somewhere else.  And I just don’t have the time.  Beer stein cupcakes DO NOT bake themselves.) 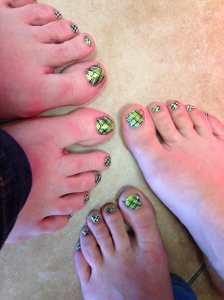 I should totally pin this.